Are you considering a career with An Garda Síochána?

With an Garda Recruitment Campaign imminent, now is the time to reflect and ask yourself, what will a career in An Garda Síochána offer me? If the idea of a job that is constantly fascinating, rewarding and varied interests you, becoming a member of An Garda Síochána may be an excellent career option.

From the Gaelic meaning ‘the Guardian of the Peace’, to be a member of An Garda Síochána is far more than just a job in Ireland.

Why? Well, there are obvious reasons to consider the career, such as stability, security and the ability to earn a very healthy salary, but more than that- it’s an incredibly rewarding thing to so.

You will have a chance to positively impact others; get support and respect in the community and the opportunity to make a difference in people’s lives. 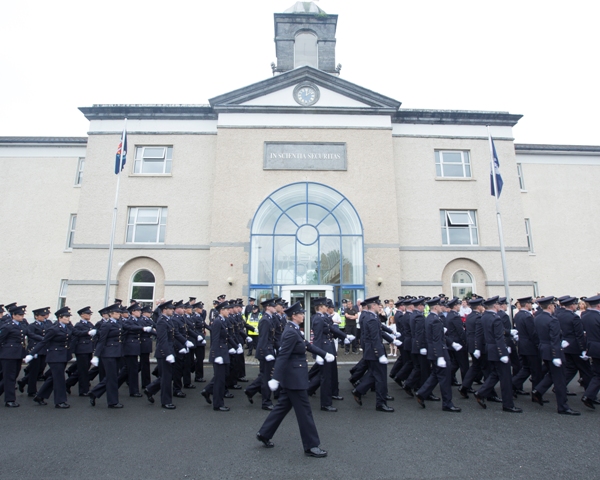 Top Reasons for a Garda Career

Members of An Garda Síochána are a vital part of Irish society and their pay reflects it, particularly once they being to climb the ladder.

Officers are often rewarded for their years of service with a salary increase based on how long they’ve been with the force, and the availability of overtime.

Gardaí are compensated for their work beyond just a pay cheque, as they have access to retirement packages, insurance options and other benefits that go beyond what most private employers can provide.

A career with An Garda Síochána offers ample opportunity for advancement – promotions that come with increased responsibility and increased salary.

In fact, there are over 40 different possibilities for vertical and lateral moves within the Gardaí, into areas of special task forces and other areas of expertise, in a challenging and fulfilling way.

As modern day policing becomes increasingly complex, talented people will always be welcomed and you’ll be able to grow and learn over the course of your career.

More rewarding than you can imagine

Few careers are as rewarding and challenging as being a Garda, as you never know what each day will bring.

The Gardaí serve the community in a variety of ways, and are primarily motivated by working for something greater than themselves.

As a Garda you finish your day’s work knowing your talents and your time were well spent in helping your community. You’ll see many people at their worst; yet you’ll also have the opportunity to witness the best of humanity. You may be able to make a significant difference in the lives of some.

There is a sense of kinship between all members of An Gardaí Síochána and a sense of kinship that is hard to beat. It is a demanding job, and you will need a solid resilience as enforcing the law often won’t win any prizes for popularity.

Despite the fact that many Gardaí earn genuine respect and appreciation in the community, it is a demanding job. It’s always going to be true that in a position of authority you’ll get a hard time from some, but it’s a testament to your abilities to handle it with professionalism and a cool head.

Most people recognise the sacrifice and dedication of law enforcement officers and rely on them when things get tough, but the camaraderie and excellent teamwork between members of the Garda offers constant support.

There is a phenomenally wide variety of duties, roles and responsibilities within the force. It’s not like television, with glamour and guns, but as you deal with members of the public, no two days are the same.

For people who relish different challenges on a daily basis, you have a chance to test every ability you have, and excel at the ones that come naturally to you.